Rahul Gandhi congratulate the tribals for protecting their God,Protecting the Niyamgiri Hills.

Congress general secretary  Rahul Gandhi  has supported the tribals in Orissa’s Niyamgiri hills, which is the state of affairs of the... 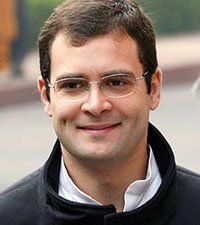 Congress general secretary Rahul Gandhi has supported the tribals in Orissa’s Niyamgiri hills, which is the state of affairs of the Vedanta contention.

UK Based- Firm “Vedanta” has establish a refinery base here. Rahul’s visit after the Centre refused to give an environment authorization to Vedanta’s mining project and congratulate tribals for same.

Rahul Gandhi said development is important but it should be done after listening to the poor and the tribals.

Development does not mean curbing the poor, the tribals and the backward. We are for development, but we will never curb the voice of the poor people.

“My religion says all are one. The tribal youth and women who came to meet me told me their god is being snatched away from them. They told me they are fighting a battle in Niyamgiri hills, which they call their god.
The Congress general secretary said the decision was not against development, but about development. “This victory is yours. This is the victory of the tribals.

The visit of Rahul has a great significance as he has visited the backward Lanjigarh area when Vedanta`s mining plan in Niyamgiri Hills has suffered a big blow with Union Environment Ministry rejecting the stage-II clearance for its mining proposal.