Congress, General Secretary Rahul Gandhi Will visit Haryana Today.
According to Congress sources Rahul Gandhi is visiting Gandhi Auditorium of Haryana Agricultural University in Hissar and later on have programs in Karnal and Kurukshetra. 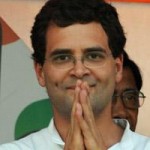 This visit is especially for a membership drive run by N.S.U.I (National Students Union of India)and to teach students politics.
Very special part of this call is that all the current MLA's , Ministers even the Chief Minister Bhupinder Singh Hooda will not take part in program. Infact they are not allowed to enter premise of functions.
Only 1,000 students of Haryana Agriculture University and 500 students of the Guru Jambheshwar university will be issued security passes by the SPG for entry to the auditorium
Ministers and special invitees can only welcome Rahul Gandhi at Airport and then will leave him with his programs.
Its because of Rahul Gandhi visit in Haryana again after Mirchpur Incident that local administration is marching hard to get everything in order. Last time when Rahul Gandhi came here, nobody was aware of his movement . And everything was done taciturnly. But Now S.P.G(Special protection group) is keeping a eye on all program places .

The Special Protection Group (SPG) team assigned for Congress general secretary Rahul Gandhi's visited city yesterday for interaction with students and Youth Congress workers and took over the Indira Gandhi Auditorium of Haryana Agricultural University, the venue for the meeting.