When Third World Was Starving for food.It was Grand Mother of RahulGandhi Who Saved India From Starving.

Everybody Know About  Indira Gandhi Contribution to New India , most Crucial Ones are :- Nationalization of banks in India. Gree... 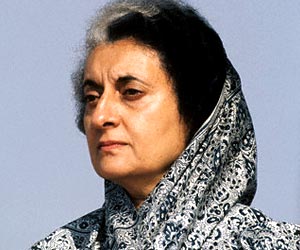 Everybody Know About Indira GandhiContribution to New India , most Crucial Ones are :-

Nationalization of banks in India.

And nowadays most hashed out Nuclear Deal, It was during regime of Indira Gandhi that India Become World’s Nuclear Power.

But what I personally cogitate is that people have forgotten her contribution to India. Since new India Is not aware of her impressing attainments of life.

This is my modest attempt to Show one of her greatest advances.

In 1966 When Indira Gandhi Became The fourth prime Minister of India, After An overwhelming electoral victory. Indira nationalized financial institution(banks).

Another Major Milestone for Indira Gandhi was GREEN REVOLUTION.(we are going to talk about little more on that)

When Third world was starving for food it was Indira gandhi who made India Self Independent of Food.

India Proved to be most Successful country from many third world countries who participated in this revolution.

The basic Constituents of Green revolution was

3.) The introduction of pesticides and high-yield grains and better management.

These all methods greatly Increased Agricultural Activity, And Green revolution resulted in record increase with production of more than 131 Million Tons of grain in 1978-79. Which lead India A exporter of Food Grains to the world.

India trans substantiated itself from a hungering nation to an exporter of food to The world.

Thank You Indira Gandhi Ji you played a Pivotal role for this Revolution and I salute you for such a divine service for Letting us see Today’s Modern India.