Pledging to fight communal and terrorist elements, the Congress today accused the RSS and its sister organisations of being involve... 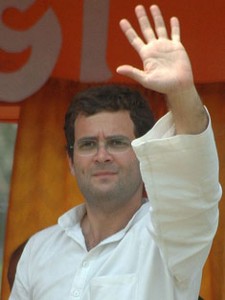 Pledging to fight communal and terrorist elements, the Congress today accused the RSS and its sister organisations of being involved in terrorist activities.

“Recent revelations through detailed investigations have exposed the true character of the RSS and its sister organisations. The investigations indicate the involvement of its members in terrorist activities,” said an AICC statement circulated to members at the AICC session in New Delhi.

It said the party would fight “at any cost” communal and terrorist elements, whichever source they originate from that aim at destroying the national fabric.

“The Indian national Congress will fight against all such sources that spread religious hatred, prejudice and bigotry and that seek to polarise our people along religious lines,” the statement said.

The statement is likely to be adopted at the conclusion of the one-day AICC session which began here with the hoisting of the party tricolour at the Talkatora Stadium in the cabinet.

Apparently concerned over the spiralling prices of essential commodities, the party asked the government to “redouble its efforts” to ensure that prices remain at “affordable levels”.

The Congress also put the onus of reining prices on the state governments, saying their role was “absolutely essential and critical” in this regard.

Noting that the situation in Jammu and Kashmir had deteriorated, it welcomed the appointment of interlocutors to carry forward the dialogue process with various stakeholders.

It said normalcy was being restored with the cooperation of the state government.

Expressing concern over the Maoist activities in some parts of the country, it said the extremists have caused serious law and order situation leading to senseless killing of civilians and security forces and wanton destruction of public property.

“Armed struggle against the State by any section of the society cannot be tolerated. The government should take all appropriate steps to curb it,” the statement said.

It noted that lack of development was leading to alienation of tribals and sought time-bound implementation of the integrated action plan of the government for tribal and backward areas.

The AICC congratulated Sonia Gandhi for getting elected as the party president for the fourth term.

“Under her leadership, two successive Congress-led coalition governments have been formed at the Centre.

She has injected new life and dynamism in this 125-year-old organisation through her untiring efforts and selfless work and unique qualities of sacrifice demonstrated by not assuming the highest office offered to her,” it said.

It also commended the “wise and sagacious leadership” provided by Prime Minister Manmohan Singh, saying he had brought “renewed prestige” to India by ensuring sustained high economic growth amidst the global economic crisis.