Rahul : With an intention to strengthen the party organization at thegrassroots level

AICC general secretary Rahul Gandhi is likely to take a break from his busy schedule of campaigning for party candidates contesting... 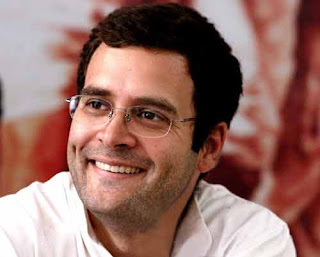 AICC general secretary Rahul Gandhi is likely to take a break from his busy schedule of campaigning for party candidates contesting the assembly elections in five states and visit Karnataka to woo youngsters.

Returning Officer for the Youth Congress elections, Mr Manoj Pathania, announced on Wednesday that Mr Gandhi would visit the State during April to encourage youngsters to enroll with the party’s youth wing.

The Congress party has decided to use Blackberry mobile phone during the membership campaign. The confirmation of membership application will be given through Blackberry, he explained. To bring more transparency in the organizational elections, the entire poll process and scrutiny of membership has been entrusted to Foundation for Advanced Management of Elections (FAME), an NGO headed by former Chief Election Commissioner of India, Mr J.M. Lyngdoh. Mr Pathania said that the selection of Youth Congress president and other office-bearers were at the discretion of senior leaders of the party.

With an intention to strengthen the party organization at the grassroots level, the party has decided to conduct elections of office-bearers to the youth wing of the party, Mr Pathania added. Elections will be conducted for 46,273 booths in the state and from each booth, five-member committees will be formed, Mr Pathania said adding that ten-member committee would be formed for every assembly and Parliament constituency.

He explained that while conducting Youth Congress elections, reservations would be provided to Scheduled Castes, Scheduled Tribes, other Backward Classes, minorities and women. According to him, to monitor the elections, a 35-member team has been formed at national level.